The Safety Net Hospital Alliance of Florida brought parents and kids to the Capitol Monday to warn about the effects of possible cuts to hospital funding in both the Senate and House proposed budgets that could mean cuts to childrens’ hospitals.

Florida’s fourteen children’s hospitals are facing cuts ranging from 98 million in the Senate budget to just under 50 million in the House budget. Parents call the cuts devastating, and parents from across the state went to the Capitol today to say, “please don’t do this.”
Read More 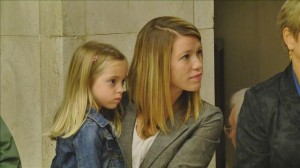 Florida’s children’s hospitals are pleading with state lawmakers not to proceed with proposed budget cuts for pediatric programs. Hospital advocates gathered at the state Capitol Monday to say the cuts would threaten medical care for the state’s poor and sick children. They are concerned the reduction in funding would force hospitals to close high-cost programs.

Now Elmore is urging lawmakers to think closely about the budget cuts that could affect programs like the one that gave her daughter a chance. “You have time to see who this decision is affecting because when you make these decisions it trickles down to the bedside, to the mothers and fathers that are praying at the incubators and the neonatal intensive care units and children’s hospitals all over the state of Florida. I beg you to really think about those decisions.”

It’s been a long road for a South Florida mom and her family, but with a little bit of creativity and a lot of denim, they hope to give back to those who helped along the way.

Three years later baby Brooke is a healthy little girl, but Susie will never forget the team of doctors, nurses and medical equipment that helped save her daughter.

“There were times when we wouldn’t think we’d take her home and other times that we gathered around and prayed for the best,” explained Susie. “The incubator that she was in, that she needed to be in, was donated from the March of Dimes.”

Susie came up with a creative way to give back to the organization that had given Brooke a second chance.

“The event is called Denim for Dimes,” said Elmore. “We decided to collect a whole bunch of jeans. We’re going to sell all of the jeans for ten dollars.”

Neighbors, local businesses and schools joined the Denim for Dimes Drive and while the potential for dollars is great, the most exciting part for Susie is the awareness she’s helping to create.

“There’s not a forum to talk about it, and that’s been my favorite part. Women and families are reaching out to me all over the country,” said Elmore.